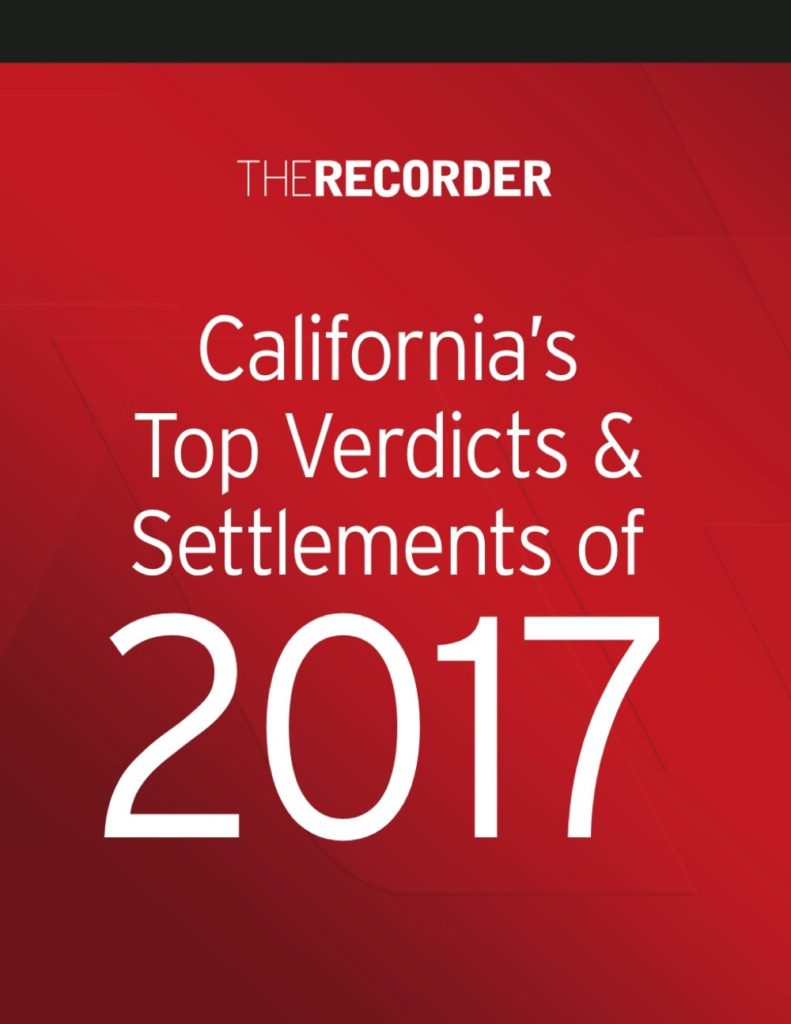 FACTS:  At around 7:20 a.m. on Aug. 29, 2012, plaintiffs’ decedent Saida Mendez-Bernardino, 27, was driving a Dodge Caravan, which was carrying her daughters, plaintiffs’ decedent Stephanie Cruz, 4, and Hilda Cruz, 6, on Willoughby Avenue, in Los Angeles. As they entered the intersection with North Highland Avenue, their minivan was broadsided by a 2004 Infiniti QX56, which had entered the intersection from northbound North Highland Avenue, veered into the southbound lanes, passed through a red light, and struck the minivan. The driver of the QX56, plaintiff Solomon Mathenge was unbelted at the time of the accident. As a result, he sustained injuries to his head, hip, and chest. However, ail three occupants of the Caravan sustained fatal injuries. Mathenge was charged with three counts of vehicular manslaughter after a Los Angeles Police Department mechanical inspection found no mechanical defects in the brake system of his vehicle, the QX56, As a result, the decedents’ survivors initially sought criminal prosecution and a wrongful death civil lawsuit against Mathenge. However, an investigation revealed that Mathenge’s brake-failure claim was not the first involving a similar class of Nissan and Infiniti vehicles. That class action, Banks v. Nissan, involved claims concerning a defect in the software for the braking system that could result in a reduction in braking power. The settlement offered up to $800 in compensation to the owners of more than 250,000 Nissan-built Armadas, Titans and Infiniti QX56 models, who had paid for brake booster repairs. Thus, the father of Stephanie and Hilda, Hilario Cruz, sued Mathenge (who was initially erroneously sued as “Methenge”). Mendez-Bernardino’s daughter, Araceli Mendez, whom Mendez-Bernardino dropped off at school prior to the accident, brought a separate action against Mathenge; the manufacturer of Mathenge’s QX56, Nissan North America Inc; and the brake system designer and manufacturer, Continental Automotive Systems Inc. In addition, Mendez- Bernardino’s mother, Juana de la Cruz-Bernardino, brought a separate action against Nissan North America Inc. and Continental Automotive Systems Inc. (also known as Continental Teves). When the investigation revealed that other similar class of Nissan and Infiniti vehicles had the same brake-failure problem that Mathenge’s vehicle allegedly had, Cruz added Nissan North America and Continental Automotive Systems to his suit. In addition, the three separate suits were ultimately consolidated for trial. However, the charges against Mathenge were dropped in December 2016, after Nissan settled the class action suit and an inspection of Mathenge’s QX56 in November 2015 indicated that the vehicle had the same fault code in the stored memory that was involved in the Banks class action. Thus, the decedents’ survivors dismissed their wrongful death lawsuit against Mathenge, and Mathenge joined their lawsuit as a plaintiff against Nissan and Continental. However, Continental ultimately settled with all of the plaintiffs and was let out of the case, and Juana de la Cruz-Bernardino dropped her claim prior to trial. Plaintiffs’ counsel contended that Nissan and Continental knew that a select class of Nissan and Infiniti vehicles had a problem with a component called the “deita stroke sensor,” which is a component of the brake control system that is designed to detect vacuum booster failure and if so, switch the brake system over to hydraulic boost provided by the ABS pump using a system called “optimized hydraulic braking” (OHB), Counsel further contended that a software fault was causing an unnecessary activation of the OHB system, which would cause a change in brake pedal feel and, to some, a perception of brake failure, Plaintiffs’ counsel argued that the companies knew that a problem with the delta stroke sensor could cause brake failure as early as 2003, but that Nissan and Continental had yet to issue a warning or recall by the time Mathenge purchased the used QX56 in 2012, Thus, counsel argued that Nissan and Continental knew that the brakes in the 2004 Infiniti QX56 driven by Mathenge were faulty, but withheld that knowledge from the public. Counsel for Nissan and Continental contended that the QX56’s brakes were not defective, and noted that although Mathenge told the Los Angeles Police Department that his brakes had “failed,” he had also claimed that the QX56 had “sped up.” Accordingly, counsel argued that Mathenge was solely responsible for the accident because he had committed a pedal error, in that Mathenge was pushing on the accelerator pedal while believing he was pressing on the brakes.

INJURY: Hilda sustained multiple traumatic injuries and subsequently died at the scene. She was 6 years old. Stephanie and Mendez-Bernardino also sustained multiple traumatic injuries, but they both died later at the hospital. Stephanie was 4 years old and Mendez-Bernardino was 27. The father of Stephanie and Hilda, Hilario Cruz, and Mendez- Bernardino’s 16-year-old daughter, Araceli, sought recovery of wrongful death damages for the loss of Stephanie, Hilda and Mendez-Bernardino. Mathenge sustained a traumatic brain injury, a fractured hip, and fractured ribs. He was subsequently taken to a hospital, where he stayed for over a month. He ultimately underwent surgery for the fractured hip, and he currently walks with a cane. Thus, Mathenge sought recovery of medical costs and non-economic damages for his past and future pain and suffering. In addition, the plaintiffs sought recovery of punitive damages against Nissan.

EDITOR’S COMMENT: This report is based on information that was provided by plaintiffs’ counsel and defense counsel for Nissan North America. Defense counsel for Continental Automotive Systems Inc. was not asked to contribute.