Last February, 2013, California repealed its anti-lane splitting law, which prohibited bikers from driving in between lanes in the gaps between cars. Following its revocation, lane splitting has become the subject of much debate. The number of lane splitting accidents that have happened over the past few months have only intensified the issue. 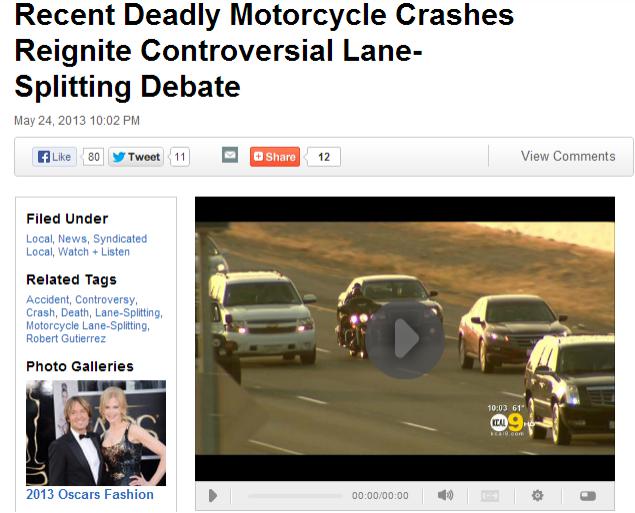 Biker Robert Gutierrez told KCAL9′s Tom Wait he was involved in a lane-splitting accident on the 5 Freeway in Santa Ana when the driver of a van made an illegal lane change.

“I was splitting lanes and he was coming out and I was like, ‘Oh, should I avoid him or not?’” he said.

It was reported that the van attempted to change lanes at a part of the highway with double solid lines. This is an illegal and dangerous maneuver. The California Department of Motor Vehicles code clearly says that double solid lines prohibit lane changes. However, this illegal lane change is a real danger to a motorcyclist and they must always be alert for it. Chances are the driver had no idea the cyclist was there. One of the best things a cyclist can do is to not drive too fast.

In the event of an accident, a Sacramento motorcycle accident attorney from law firms like Carter Wolden Curtis can help you gain the compensation you deserve.