The voting climate in California this fall is expected to be dominated by issues about Obamacare and health reform, according to Timm Herdt of the Contra Costa Times. It is also expected that talks about increasing the cap for medical malpractice compensation would take center stage, especially because it has been 39 years since the $250,000 cap was established. Understandably, the value of this amount has considerably shrunk, given today’s standards. 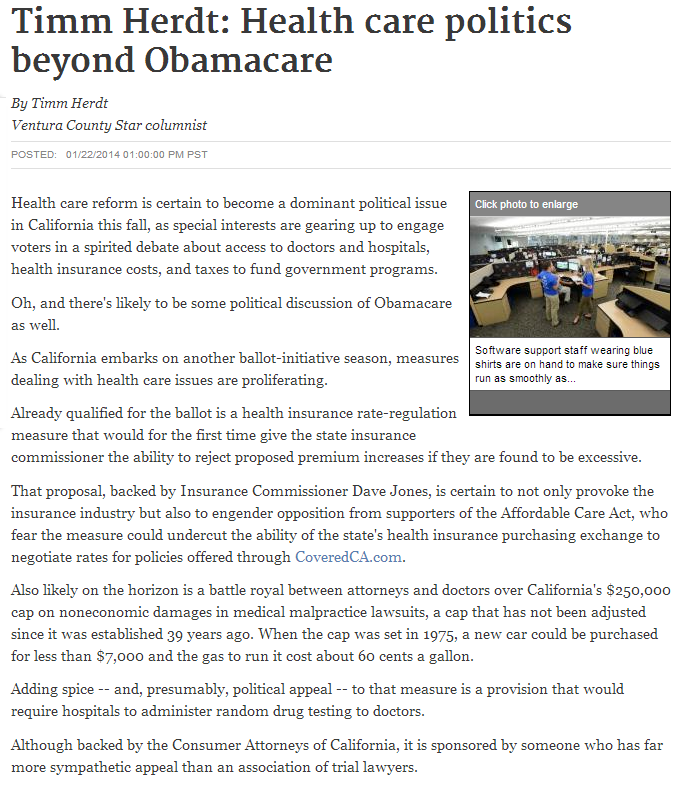 Medical malpractices can be hard to prove, especially when the patient is already sick at the start of the doctor-patient relationship. It has to be proven that the individual’s injury or condition was indeed caused by a medical practitioner’s negligence and not by the disease itself. Because of the complications involved in medical malpractice cases, it is always best to consult a capable Sacramento personal injury attorney, such as those from the Carter Wolden Curtis Law firm.

Proving negligence on the part of doctors and other medical professionals often needs the testimonies of experts, who should be carefully screened for their qualifications and credibility. A competent Sacramento personal injury lawyer will have the knowhow and the resources to find the right expert witness who can support their client’s case. The attorney can also help determine the amount of damages their client is entitled to. While the $250,000 malpractice cap may be in dispute, victims of medical malpractice will certainly welcome receiving the right amount of compensation for their plight.